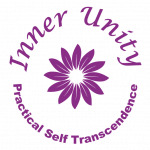 What is Self Transcendence?

Self Transcendence is rising above or going beyond your own limits. When you self-transcend, you overcome your own limitations and expand who and what you are. (Based on the definition in Merriam Webster Dictionary).

Self transcendence includes spiritual states like Inner Peace, Joy, Connection with the Universe and the Divine, and also being able to do and experience things that you could not before.

How Can You Self Transcend?

There are traditional and new techniques including meditations, prayers, healing techniques, chanting and Inner Unity Deep Healing Meditations that can help you achieve transcendence in different areas. Inner Unity – Practical Self Transcendence gives you tools and practices to self- transcend. The techniques effect the core of our awareness – the iCPU, create new lines of communication and expand the activity of the iCPU, resulting in self-transcendence.

The Concept of Self Transcendence

Maslow and Self Transcendence

One of the modern pioneers on Self Transcendence is American psychologist Abraham Maslow. Maslow outlined his iconic pyramid of needs in which he shows how human needs are ranked: Physical needs, Safety, Loving and belonging, Esteem, Self Actualization.

Above the pyramid, Maslow places Self Transcendence. Once you fulfil all five ranks of the pyramid, Maslow states that you are capable of transcending your own limits and experiencing peak experiences. Later in life, he reflects that self-actualization did not come automatically when satisfying the other human needs and with that, you can understand that the same goes for Self-Transcendence. 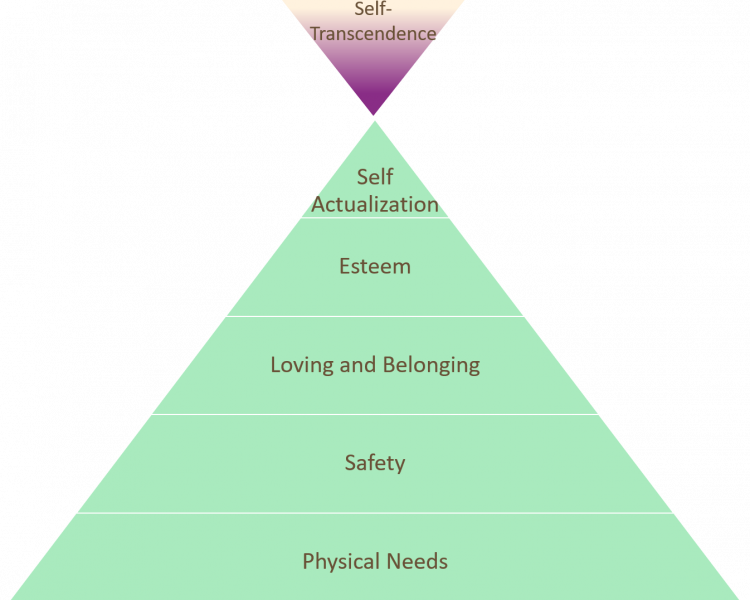 Viktor Frankl is a psychiatrist who survived Nazi concentration camps and learned much from these extreme conditions. The people in the camps were starving, freezing, beaten to death and lined up each morning so that the Nazi officers could choose who would be incinerated that day. Even then, some rose above their circumstances and found friendship, compassion, had values, even risked their lives for complete strangers and found purpose. Those who were not able to do that wasted away in that hell on earth.

Frankl’s findings shed a different light on self-transcendence. It does not depend upon the lower ranks of the pyramid but rather comes from something else. He saw that the people who were able to transcend in the worst human conditions were those who were able to find or give meaning to their lives.

The different elements are not ranked as Maslow saw in his early work, but that they are interconnected in a much more complex system. Finding meaning, as Frankl saw it is part of what can help you transcend, but how do you give your life true and deep meaning? Also, is meaning enough, or is there something more?

Peak States and Self Transcendence

In the early 2000’s Grant McFetridge coined the term “Peak States”. According to McFetridge the peak experiences Maslow talks about do not need to be temporary. They can be permanent – part of your state of being. His theory is that people inherently have these states, but traumas that happen in key biological developmental events block them. During my years researching with Dr. McFetridge we mapped out and uncovered many key events that were associated with Peak States. While Grant kept doing invaluable work in that direction, I found that there was another avenue to explore, beyond the biological development events, and struck gold.

Inner Unity and Self Transcendence

The Inner Unity model sees things differently. We are in working progress on the path of evolution – ever changing, ever growing. Your core self (the iCPU), the place that operates you, is like a building under construction. Some rooms are complete, some are being built and sometimes you open a door to find an abyss instead of a floor.

This incomplete structure causes us to be unable to deal with things that come our way in life – pre and post birth, causing us to experience trauma. By enhancing your core self, related traumas resolve and you expand the limits of who you are. In other words, you Self Transcend.

Self Transcendence vs. Trauma Healing

The basic difference between trauma healing and transcending – both valuable – is that trauma healing cleans your “house” while self-transcendence builds and enhances the “house”’s systems. In other words you can heal traumas and that will alleviate you from the pain you are suffering and will even sometimes give you peak experiences or states. But the deep pattern will still be there. Self-transcendence changes the deep patterns and both they and the related traumas dissolve.

Any cookies that may not be particularly necessary for the website to function and is used specifically to collect user personal data via analytics, ads, other embedded contents are termed as non-necessary cookies. It is mandatory to procure user consent prior to running these cookies on your website.